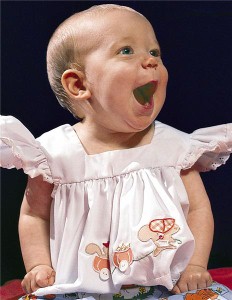 Fathers who buy educational DVDs in the hopes these products will help boost their babies’ brain power may want to reassess their purchase.

New research from Children’s Hospital Boston and Harvard Medical School suggest television does not improve kids’ cognitive development. However, the team did not find evidence that television harms development either.

Scientists followed the progress of more than 870 children from birth until 3 years of age, testing the kids on vocabulary, motor and special skills. Their parents also completed questionnaires about TV viewing.

"Contrary to marketing claims and some parents’ perception that television viewing is beneficial to children’s brain development, no evidence of such benefit was found," lead author Marie Evans Schmidt explained.

The researchers suggested parenting skills and environmental influences are probably more important than products marketed as educational when it comes to boosting kids’ brain power.

As part of the research process, the scientists controlled for certain factors already known to affect children’s development, such as single parenting and a mother’s age.