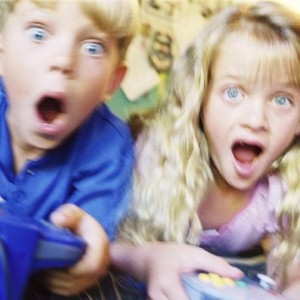 Regardless of whether they're boys or girls, young children can be unpredictable, highly-energetic and difficult to control. Parents spend hours trying to get their little ones to sit still, be quiet and generally just calm down. But at what age does this behavior stop being the inevitable byproduct of an excitable child and start hinting at signs of a deeper problem?

As a dad, you may have heard of a condition called attention deficit hyperactivity disorder (ADHD), formerly known as attention deficit disorder (ADD), which can impair a person's ability to pay attention, learn, behave well and function in social settings. According to the American Psychiatric Association, 3 to 7 percent of school children have ADHD, with 13.2 percent of boys and 5.6 percent of girls likely to have been diagnosed with the disorder. But what exactly is ADHD, and how can you determine if your child is afflicted?

Common symptoms of ADHD include difficulty paying attention, daydreaming, forgetfulness, constant motion or activity, inappropriate talkativeness and lack of inhibition. ADHD is also organized into three distinct types – predominantly inattentive, predominantly hyperactive-impulse and combined. While some experts suggest that many children may experience these symptoms due to overexposure to sugary foods, television, the internet or video games, a neurological disorder may be the root cause for a select few.

If you suspect your child may have ADHD, consult a doctor for a proper diagnosis and treatment options. Often, a combination of medication and behavioral therapy will be necessary to counter the effects of this disorder. As ADHD is a lifelong struggle, you must take an active role in helping your child understand, manage and succeed in spite of his or her condition.