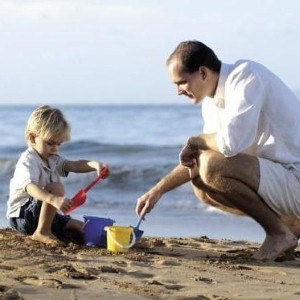 How you react to daily stress in your life may depend on what type of relationship you had with your dad when you were a child, according to a new study.

According to HealthDay, researchers from California State University at Fullerton surveyed more than 900 adults, aged 25 to 74, about their stress levels and their relationships with their parents while they were growing up.

The most stressed out men reported that their dads showed them little warmth, support or affection, weren’t present in their lives or did not make them feel confident.

Fathers who want to ensure their kids grow up to be confident, functioning members of society may take some parenting advice from the study’s findings.