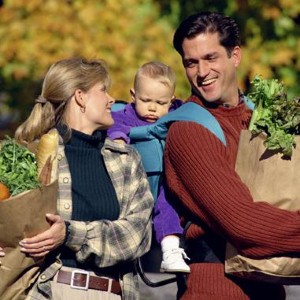 As a father, you've probably heard a million different pieces of advice about how to properly raise your children. Between your family members, friends, neighbors, coworkers, child-rearing books and online parenting websites, it seems as if everyone has his or her own style when it comes to parenting. Despite this, it can be truly surprising to learn of the major cultural differences between the average American family and foreign parents – particularly the French.

In a recent book written by Wall Street Journal reporter Pamela Druckerman called Bringing Up Bebe, she relates several anecdotes about how American and French parenting styles not only differ, but often clash completely. Eating in several restaurants and hotels along coastline, Druckerman remarks that in comparison to the demure, obedient French children, her daughter seemed uncontrollable. In addition, she noticed that French kids will eat more sophisticated meals complete with fish and vegetables, while American children tend to be overly picky with their food choices.

A contributing writer for Disney Family came to some similar conclusions from her own time spent in France. Beyond food, she also found that French parents allowed their children to use pacifiers well into the toddler years, but generally discouraged breastfeeding – two practices that are completely reversed in the U.S.

Both writers arrived at a similar bottom line in terms of American and French parenting styles. While both countries seek individuality and independence in their children, the French seem to achieve this through stricter discipline and adherence to cultural conventions without bending to their children's every whim and whine. Alternately, American parents generally seem to give their children free reign to experiment and run wild, though mom and dad are never far behind to clean up the mess.

Of course, how you decide to parent your own children is up to you, but it's always interesting to glean ideas from moms and dads across the pond.