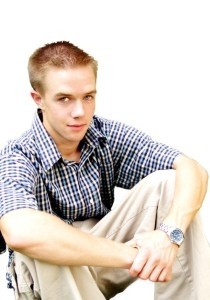 Children throw tantrums, it's what they do. Until they learn of a better system for getting out their inner dissatisfaction, you're going to have to deal with the often impossible arguments and screaming fits that come with parenthood. However, if your kid is in his teenage years and still hasn't learned to cope with inner turmoil in a non-destructive way, it's time for you to step up and be a role model.

When dealing with tantrums, self-control is the name of the game.

Luckily, we've organized a few helpful tips on what to do to help your teen control his emotions.

To begin, the fundamental aspects of self-control have to come from you – the parent. Children won't learn how to control their emotions unless a role model demonstrates that it's possible. Consequently, it's important to make a connection between how you act when you're frustrated, and your child's behavior. Chances are there may be a few similarities.

The first step to establishing control of the situation mid-tantrum is to remain calm, and to aim to calm your teen. This can be done by speaking slowly and evenly, and briefly telling your child what he's doing wrong. For example, "Robert, you're screaming again." Don't be vague or judgmental, and never resort to name-calling. Exhibit your empathy by saying things like "I understand how you feel…" or "That happened to me once…"

When offering advice, always make sure to be even-tempered and collected. Tell your teen exactly what he needs to do to center himself. Give him clear and concise instruction like "Take a few deep breaths and sit down." Don't repeat yourself as this can be interpreted as nagging.

Finally, give your child a few moments to assess the situation. If he's visibly perturbed, give him some alone time to cool off. Later, when all has settled, try to work out what caused such an emotional response.

By utilizing these tips, you can begin to form an understanding with your child that goes deeper than mere conflict resolution. Instructing him as to proper mood regulation can serve to improve his school work, friendships and future ventures into adulthood.