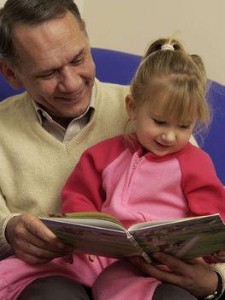 You’re never too old, too wacky or too wild to pick up a book and read to a child. So said Dr. Seuss, whose books have millions of young kids hooked on reading with their parents.

Reading to your child from an early age is a fun way to pass on a love of learning. Not only does it increase parenting skills, it also makes parents feel really good about their children and themselves, according to a study commissioned by Hooked on Phonics.

Among all parents, 69 percent rate their level of pride when their oldest child learned to read at 8 or higher on a scale of 1 to 10 (1 means no feelings of pride and 10 means the proudest moment of their life).

"The research shows that parents understand that their involvement is critical to establishing a love of reading in children early in life so they’re ready and willing to learn," said Judy L. Harris, CEO of Smarterville, the company that owns and distributes Hooked on Phonics.

The telephone survey of 694 parents nationwide was conducted to coincide with the National Education Association’s annual Read Across America day, celebrated nationwide on or near March 2, the birthday of Dr. Seuss.