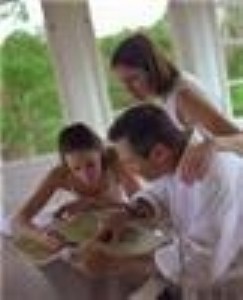 Unlike past generations, some of today’s fathers are using their parenting skills to share something different with their kids: pop culture.

The latest trend is being called pop parenting by some news providers, which say that fathers are finding ways to bond with their sons and daughters through things like Harry Potter movies, music and television shows.

Amy Medeiros, 19, told SouthCoastToday.com that she and her father share their love of movies and music with each other. After her father sat her down to watch the film Caddyshack, she introduced him to one of her favorite bands.

"I got my dad into the Dave Matthews Band," Medeiros said. "Music really brings our whole family together – listening, going to concerts. I thank my parents for introducing me to so much diversity in music and movies."

Fathers interested in sharing such things with their children should not fake liking something in an effort to bond.

The key here is to be honest and find a common ground for everyone to be on. Also, it may be a good idea for fathers to explain a little background to their children when showing them an older movie or putting on one of their favorite music albums.