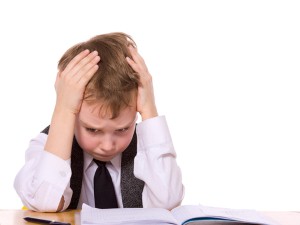 We know. Whining is the most annoying sound – ever. As if to back up what so many people already knew, a recent study published in the Journal of Social, Evolutionary and Cultural Psychology even went so far as to confirm that theory with some hard science: participants were more distracted (read: made more mistakes on their assigned math problems) when confronted with whining than with any other sound.

But, before you institute a 16-lashes-with-a-wet-noodle per groan policy, consider this thought, brought to us by study co-author Rosemarie Sokol Chang, a professor of psychology at SUNY New Paltz.

"It's telling you to tune in," she said of the whine and it's evolutionary aspect. "It has to be annoying like that."

Surely generations of humans didn't go through all that effort to realize that begging obnoxiously for a new bike was imperative to their evolutionary fitness, but this surely has a deep psychological grounding in the impulse to fight for the best resources available.

To deal with moans and groans effectively, you should treat the whines as a call to pay more attention to your child, albeit not directly. San Francisco Bay Area pediatrician Laurel Schultz, MD told WebMD.com that in most cases, children will resort to whining when they feel they can't be heard the first or second time around, so it's important to respond to them before they resort to drastic measures.