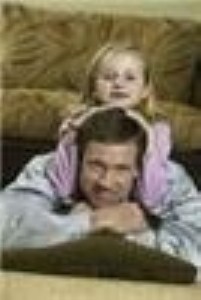 Despite the circulating news about the swine flu epidemic, health officials are urging parents to remain calm and use their parenting skills to monitor the health of their child.

Swine flu, which is normally detected in pigs, has gotten more attention since there have reportedly been cases of people contracting the disease in New Zealand, Mexico, Canada and the U.K.

Though only 20 cases of the disease have been reported in the U.S., some parents are starting to worry since the seemingly mild symptoms of the condition can vary from coughing and sneezing to fever, chills and possibly vomiting.

For children, the Centers for Disease Control recommends that a child breathing abnormally fast or slowly may need to be taken to the hospital. Bluish skin, rash, and being more sluggish than usual may also be reasons to bring your child to the hospital.

In terms of protecting oneself from the swine flu, the CDC says people should close their mouth when they cough or sneeze, as well as wash their hands often with soap and water. Also, fathers are advised to tell their children not to touch their nose or eyes, since that’s how germs can spread.