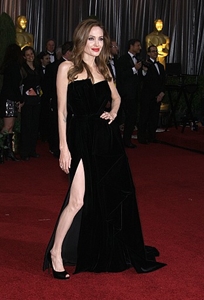 Child friendly?
Hollywood is often accused of simply remaking old movies, and while director Robert Stromberg's "Maleficent" isn't exactly an original story, it's a decidedly interesting one. In the same vein as several other recent quasi-adaptations, "Maleficent" is essentially Snow White for the modern age. By following the titular evil queen (Angelina Jolie) instead of the innocent maiden (Elle Fanning), "Maleficent" offers a big-screen retelling of one of Disney's greatest tales.

As far as child-friendly content goes, the movie is largely free of gratuitous violence, overt sexuality and foul language. There's a constant sense of foreboding in the film that may frighten some younger children, and one scene shows Maleficent's wings being shorn off. As a father, you should know how much violence your children are able to handle before taking them to see this movie.

There are many redeeming moral qualities to the film, as well. Instead of vilifying the evil queen, the movie puts Maleficent on a path to redemption. This may be a particularly important message for small children who want to fear the intimidating character.

Common Sense Media recommends "Maleficent" for children ages 8 and up.

Popcorn friendly?
While "Maleficent" is one of the summer's first blockbuster flicks, Jolie is the film's lone bright spot – her performance as the tortured, vengeful queen attempts to drag the movie to entertaining places scene after scene, but even Jolie isn't enough to overcome the film's overreliance on computer generated imagery.

So many things are CGI-created – from Maleficent's wings to forest creatures to blossoming jungles – that the movie takes on an artificial feeling after a while. Actors and actresses are no longer living in their world but on and around it. The occasional fight sequence makes good use of the undoubtedly bloated special effects budget, but those come few and far between, and "Maleficent" isn't that kind of movie anyway.

Any father that grew up watching Disney movies will still enjoy the new take on this classic tale. You've probably told your kids the story a hundred times before, but now you get to see what it would look like if the world was a little grittier, the characters a little meaner and the production budget off the charts. Don't be looking for another classic, but that's not the kind of movie this film is trying to be.

"Maleficent" isn't going to win any Oscars, but summer blockbusters rarely do. If you think your child can appreciate the emotional complexity that comes with casting an evil character as a protagonist, this movie has some important lessons. Otherwise, feel free to pull a page from Snow White's playbook this weekend and take a nice long nap instead.