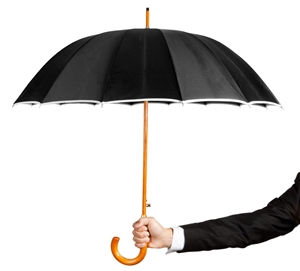 Child-friendly?
"Mary Poppins" is a film that many people hold close to their hearts. It's a Disney classic with lasting appeal, no matter how long it's been since its debut. You might remember sitting down with your own dad, watching Julie Andrews and Dick Van Dyke sing funny and witty songs with animated penguins and birds. But do you know the story of how the movie was made?

John Lee Hancock's "Saving Mr. Banks" sets out to tell the tale of Walt Disney's attempts to lay the groundworks for the movie by bringing the book's author, P.L. Travers, to Disneyland. Like many fathers before him, Walt was trying to please his daughters, who had begged and pleaded with him to make a movie of their favorite book, "Mary Poppins."

There are multiple moments that highlight the father and daughter dynamic in this movie, especially between Travers and her father, Travis. Be prepared for an equal combination of heartwarming moments and tear-inducing scenes though, as this movie deals with a woman's complicated past that haunts her present. Travis is a family man trying to make ends meet, but it isn't easy and there's a lot of pain as a result.

However, the film isn't all sadness and family drama, as "Saving Mr. Banks" offers plenty of humorous moments as well. The scenes where they perform the songs they've written for "Mary Poppins" are particularly enjoyable.

Popcorn worthy?
All of the family drama doesn't mean it's a movie that your kids won't enjoy – it's about Disney after all! There's no shortage of fun and exciting scenes amid the meaty backbone of this film. Kids will love the shots of old Disney, how it looked in the 1960s compared to now. You can even play a little game afterward by comparing different shots from the film with present-day images of Disneyland, comparing what's changed and what's the same.

All in all, "Saving Mr. Banks" is a great film, but as a dad, you should be ready for some sad moments that may upset your kids. But it's worth it to experience the story about one of Disney's most beloved films and Tom Hanks' masterful performance as the creator of everyone's favorite character, Mickey Mouse. Just remember to dodge your kids for a while, because after it's over, all they'll want is a trip to Disneyland.