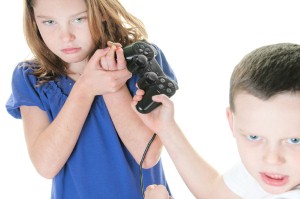 Dads who only have daughters may be bitter about being the only man in the house, but a new study suggests that they should be happy with the arrangement. Research conducted by Bounty.com indicates that couples that have two daughters are more likely to have a calmer life than those with other sibling combinations.

The UK-based website came to the conclusion by first examining more than 2,100 families. What they found was that two daughters were often less likely to fight and more likely to play nicely with each other. Furthermore, two girls tend to not annoy their parents with excessive noise and are more apt to confide in their parents and tend to like each other.

"The findings were absolutely fascinating – we often assume little girls behave like angels, and if you have two this certainly seems to be the case," the website's Faye Mingo said.

Additionally, a different study conducted by scientists from the University of Denver and Texas A&M found that some other factors may come in to play in the case of marital happiness and kids. For instance, couples who have been married longer before having kids offer experience a stronger relationship post-birth.