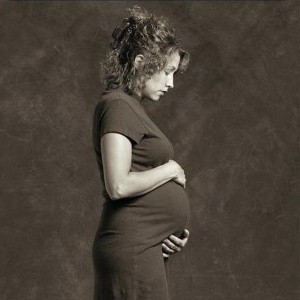 Let's face it, one of the best parts of the holidays is how you can guiltlessly eat to your hearts content. But for soon-to-be dads, some foods might be dangerous to their pregnant significant others and they should be wary when making the rounds at parties this holiday season.

Appetizers are a staple of most every family gathering, and shrimp is a solid choice for any host. However, expectant mothers should avoid raw shellfish such as shrimp, as experts say it could be a health hazard.

Though raw shellfish might pose a risk to most everybody, it is especially dangerous for pregnant woman. Anyone else who eats a bad batch of oysters will just be forced to praise the porcelain god for a few days, but such violent illness could threaten the well-being of an unborn child.

Another popular appetizer choice for an entertaining host is pate. The delicious spread is made from ground meat, but it could carry the bacteria listeria, which can also cause miscarriages. Similarly, soft cheeses such as brie contain the bacteria and, while they might be a delightful snack around Christmastime, the tasty treat is not worth the risk.

Expectant fathers who take note of what their wife eats this holiday season will not just be doing themselves a favor, but their unborn children as well.