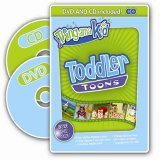 Toddlers, with their high levels of curiosity and interest in any event that takes place around them—small or big—find themselves hypnotically attracted to television. Television offers them what they are always game for—lots of action, loud music, eye popping visuals, and all sorts of funny sounds.

While all this certainly helps captivate the toddlers’ attention and conveniently keeps them quietly glued to the television, research says watching excessive television is not quite good for toddlers.

Always remember that you are developing the habits that likely will stay with the child through their life.Some of the major negative effects of television on toddlers are:


Here are some tips on how to reduce the negative effects of television on toddlers: