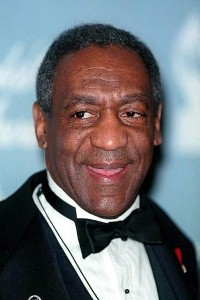 If the modern world has taught us anything at all, it’s that between the internet, cable TV and older neighbors, kids will learn everything you don’t want them to know.

If your child has been watching the Discovery Channel before going to sleep, don’t surprised if "vulva" somehow makes it into your 10-year-old’s vocabulary – and don’t think for a minute that parental controls on Google images are enough to keep him from doing a little extra research.

But now, cable TV is targeting the grown-ups with NBC’s new show, Parenthood, which is set to air on Tuesday, March 2.

The show enters the lives of four sets of parents. While advertised as a "dramedy," the show probably offers more laughs and less drama than that experienced by a real-life father.

In fact, actual fatherhood often makes the TV imitation seem like the greatest gift a dad could ask for – aside from a really awesome remote control.

Here are the top three reasons fatherhood is better on TV than in real life.

1. You get a freaking theme song. You show me an overworked dad, I’ll show you a man who’s deserving of a jaunty jingle during which he can smile and wave like a well-rested human being who is unstressed and easily meeting all his basic needs for survival.

2. It only lasts an hour each week! In real life, once that baby is born, the cameras are rolling. If only you could exchange your fatherhood for sports, news, late night idle chat and Cinemax after dark for six nights a week.

3. Re-runs. Teaching your kids to ride a bike? Explaining the bird and bees? Real fathers only get one shot. TV dads can try again and again, every night on UPN and TBS.