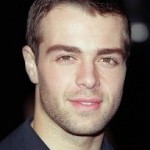 Joey Lawrence, who was most recently seen on Dancing With the Stars, is not afraid to tell a few white lies when his daughter Charli acts up. He told Spotlight to Nightlight about a recent incident that caused him to get creative with his parenting skills, Celebrity Baby Blog reports.Apparently, 3-year-old Charli was demanding candy in the morning before she had even had her … END_OF_DOCUMENT_TOKEN_TO_BE_REPLACED 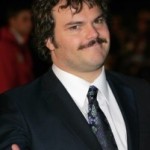 Any father who has more than one child is undoubtedly familiar with the challenges of sibling rivalry.Speaking on The Late Show with David Letterman, Jack Black described how his older son, Samuel Jason, has slowly gained interest in his little brother Thomas David - who is 13 months old."The first year is kind of a gelatinous period," Black said. "[At first,] … END_OF_DOCUMENT_TOKEN_TO_BE_REPLACED