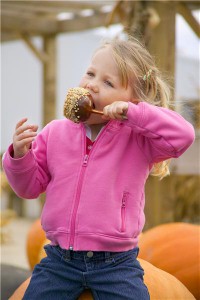 Fathers probably already know that too much candy can cause a pretty severe sugar high and crash for your kids, but can it make them violent?

A new study has found that children who eat too much candy are more likely to become violent adults, according to MSNBC.com.

Researchers in Britain followed 17,000 children born in 1970 for four decades. They found that 69 percent of kids who ate candy or chocolate every day at age 10 were arrested for a violent offense by the time they were in their mid-30s.

Experts are quick to point out that candy alone won’t make kids violent. However, using candy as a reward for good behavior isn’t the best parenting advice. One of the study’s authors says that might prevent kids from learning how to defer gratification, leading to impulsive behavior and violence.

It’s hard to avoid some candy splurges, especially at Halloween. The best advice for anyone is "everything in moderation."