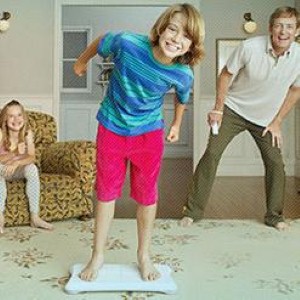 Conventional parenting advice may state that limiting your children’s video game-playing hours is a wise move, but a new report is challenging this perception.

Researchers at the Institute of Human Performance suggest that some systems that allow kids to actively participate in the game – by swinging a racket, dancing or running in place – could actually help combat obesity.

They measured the calorie expenditure of youngsters playing a variety of seated and action games, concluding that a 35-minute session of active gaming could help prevent weight gain.

In an accompanying editorial, Dr Russell Pate of the University of South Carolina suggested that encouraging kids to play these types of games is a way of fighting "fire with fire."

"Physically active video gaming may be part of the antidote to the poisonous growth of sedentary entertainment," he added.

This may be unusual parenting advice, but it may spur some mothers and fathers into action, given that data from the Centers for Disease Control indicate up to one-third of American children are considered to be obese.