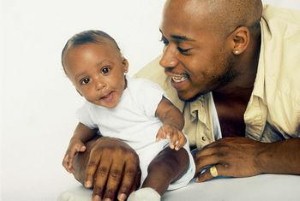 Many dads may wish they had more time to spend with their little ones, but what if they had the option to turn playing Mr Mom into a full-time career?

More than one-third of men told CareerBuilder.com they would stay home if given the chance. Meanwhile, a growing faction of stay-at-home dads are testing the waters of primary childcare and giving parenting advice to others who are considering making the same decision.

There are approximately 159,000 stay-at-home dads in the U.S. using their parenting skills to care for children under the age of 15, according to Census Bureau statistics from 2006. Some 60 percent of these fathers have at least two kids.

However, many experts have suggested these numbers do not tell the whole story, because they don’t account for single dads, men who are part of a same-sex couple or those who have chosen flexible or part-time work to free up time to care for their children.

There are a number of factors fueling the rise in stay-at-home fathers. For one thing, a significant number of women are earning more than their partners, meaning it may make financial sense for her to stay employed.

In fact, it has been suggested that the current recession may fuel the stay-at-home dad movement, as men who find themselves suddenly out of work discover they actually prefer spending time with their children to spending time in meetings.

And the role reversal also reflects a larger trend of household responsibilities and parenting skills being shared by both genders.

But while working moms are now commonplace, stay-at-home dads may not feel as accepted. Some fathers have voiced frustration at the fact that most parenting advice books and other media are still aimed at women, rather than men.

This may change as men become more vocal about their experiences. University of Texas at Austin psychologist Aaron Rochlen has studied stay-at-home dads’ feelings about their role and found that many men are content to be where they are.

"More people are doing what makes them happy and determining what’s best for their families rather than worrying about society’s expectations," he told the university’s website.