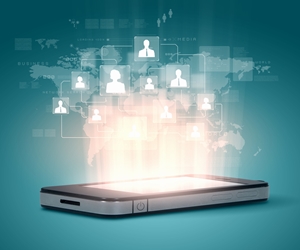 Fatherhood in the digital age is a different challenge than previous generations, as kids have far more access to information – and each other – than ever before.

Some of them are fun, but leave space for misuse and illicit behavior that kids and young teens shouldn't be exposed to. Here are a few networks to look for on the phones and tablets of your children.

Kik
This smartphone messenger app first popped in 2009, and is popular because of its use of usernames. Phone numbers aren't used to identify yourself, so you can control who you talk to. However, this opens up the possibility of lewd images and conversations being carried out between your children and other users. Watch out for this app – it's not necessarily bad, but it's not inherently good either.

Snapchat
One of the most discussed new apps on the market, Snapchat allows users to send photos with a time limit attached to them. After the timer runs out, the image or video is gone, never to be seen again. That is, unless the recipient takes a screenshot and saves it to his or her phone. Although you get alerted when this happens, it might be too little too late. If you see this on your kids' devices, you may want to get them to delete it for their own safety.