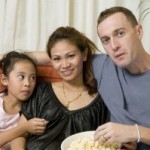 Spring can be a great time for dads and their kids to get out and enjoy the nice weather. But unfortunately, Mother Nature can be especially unpredictable, and April showers can put a damper on any outdoor plans. A rainy day movie can come to the rescue - but choose wisely - there are a large number of terrible kids movies out there that will leave you and yours more dismayed … END_OF_DOCUMENT_TOKEN_TO_BE_REPLACED 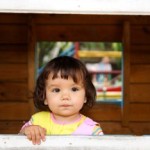 For many new parents, choosing a baby name can be a painstaking decision. While it may seem illogical to think that what your kid's name is has any bearing on how the rest of his life turns out, a growing amount of research suggests that it might.In the past, scientists have found that boys who have more feminine names are more likely to exhibit behavioral problems, as are … END_OF_DOCUMENT_TOKEN_TO_BE_REPLACED 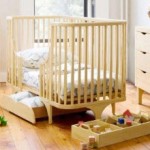 After the second infant death associated with the Delta Enterprise "Safety Peg" Drop-Side crib, the Consumer Product Safety Commission (CPSC) announced a recall, re-issuing the warning they made in 2008.The original recall effected more than 985,000 cribs, and was issued due to concerns over missing safety pegs. The products were sold at stores including Walmart and … END_OF_DOCUMENT_TOKEN_TO_BE_REPLACED 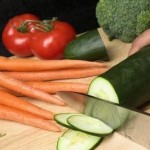 For dads who have tried tirelessly to get their kids to eat healthier fare, maybe all it takes is flashing a smile every now and then. A study conducted by French scientists recently found that children responded positively to photos depicting happy people eating food - regardless of whether or not it was one of their favorite treats.The findings were published in the journal … END_OF_DOCUMENT_TOKEN_TO_BE_REPLACED 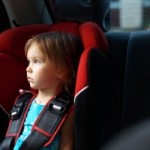 Many parents have long held the belief that once a child is 1 year old, it's okay to turn his car seat front-facing. However, the American Academy of Pediatrics (AAP) recently released some new guidelines that may change the way some moms and dads approach securing their children. The new policy appears in the April issue of Pediatrics, and recommends that youngsters remain … END_OF_DOCUMENT_TOKEN_TO_BE_REPLACED